Here’s a lovely little story, and don’t we all need something like that now.

A boy’s Mom (had) served the family burnt toast at the table. The boy learned a lesson from his father that he would never forget.

When I was about eight or nine, my mom burnt some toast .

One night that stood out in my mind is when she had made dinner for us after a very long and rough day at work, She placed a plate of jam and extremely burned toast in front of my dad. Not slightly burnt but completely blackened toast.

I was just waiting to see if anyone noticed the burnt toast and would say anything. But Dad just ate his toast and asked me if I did my homework and how my day was. I don’t remember what I told him that night, but I do remember hearing my mom apologizing to dad for burning the toast. And I’ll never forget what he said:

How it feels to live with a sickness or disability.

Succinctly summarized on the #MillionsMissing site;

Myalgic Encephalomyelitis (M.E.)* is complex multi-system disease characterized by a severe worsening of symptoms after even minimal exertion. It causes significant immune, neurological, and autonomic abnormalities. Hear from patients in their own words.

According to the CDC;

Myalgic encephalomyelitis/chronic fatigue syndrome (ME/CFS) is a serious, long-term illness that affects many body systems. People with ME/CFS are often not able to do their usual activities. At times, ME/CFS may confine them to bed. People with ME/CFS have severe fatigue and sleep problems. ME/CFS may get worse after people with the illness try to do as much as they want or need to do. This symptom is known as post-exertional malaise (PEM). Other symptoms can include problems with thinking and concentrating, pain, and dizziness.

According to an Institute of Medicine (IOM) report published in 2015, an estimated 836,000 to 2.5 million Americans suffer from ME/CFS, but most of them have not been diagnosed.

When Harvard Ph.D. student Jennifer Brea is struck down by a fever that leaves her bedridden, she sets out on a virtual journey to document her story as she fights a disease that medicine forgot. wikipedia.org

Mitochondrial DNA and ME/CFS –
A Guide to the Hanson Lab’s 2016 JTM Publication
Support Organizations;
The Solve ME/CFS Initiative (SMCI) has been the leading organization focused on myalgic encephalomyelitis (ME), commonly referred to as chronic fatigue syndrome (CFS), since being founded in 1987. SMCI envisions a world free of ME/CFS and works steadfastly to make this disease understood, diagnosable, and treatable. SMCI seeks to actively engage the entire ME/CFS community in research, works to accelerate the discovery of safe and effective treatments, and strives for an aggressive expansion of funding toward a cure.

And now, yet another issue; MCAD – Mast Cell Activation Disorder.

Stressing out. Perhaps if I follow this advice I can get it under control.

A post by Frank Degenaar, author of the book,“Do Way, Way More in WorkFlowy”.

My late grandmother, Florence, a sharp-minded French woman, had her own saying: “When your heart is down, carve a piece of leather”. She used to create the most intricate designs on leather, plying skillfully as she, too, worked through matters of the heart. I do the same in WorkFlowy. It’s less poetic, but it does get the job done.

I’ve outlined life-changing decisions, pinpointed causes of anxiety, given myself a kick in the pants with numerous projects both big and small and streamlined tons of workflows for way better efficiency. Outlining in WorkFlowy can and does lead to a change in perspective – be it organizational or existential – which in turn gives us the impetus to make real changes – which go beyond the realm of productivity and “busy work”.

Haven’t you wondered what scientists learn from fruit flies?

Sperm from lines of red flour beetles genetically engineered to produce red or green “glow in the dark” sperm. I use these lines in my dissertation work on mate choice.

How does my research on mate choice impact the human experience? I run into some form of this question at least once a year in the feedback I get following the annual talk that I give to fellow students. This repeated question seems to ask why I engage in what’s known as basic science. The fact of the matter is that basic science can lead to huge advancements in solving applied problems. I also don’t believe that all research should be expected to directly impact the human condition, but more on that thought later.

Scientific research can be divided in many ways, one of which is by bifurcating it into the categories of “basic” or “applied”. Applied science, as the name suggests, is…

The best theatrical taxidermy story by a biologist!

Shit. I had just inadvertently ripped the tail off the little rodent I was stuffing for my final project in Mammology. In this lab course I was introduced to an interesting group of scientists, who like plenty of other biologists I met, loved animals, but with one important difference: mammologists also loved stuffing them.

I was in the middle of extracting the tail vertebrae from a tiny vole, which is like a rounder version of a mouse, when the accident happened. The thing was, I had been given this particular vole from a collection of rodents trapped as part of a research project, but supplies had run out. If I wanted a vole with an attached tail, I’d either need to go find myself another live one, or draw on the sewing skills from my second major.

In addition to my biology major, which had…

‘Asses are made to bear, and so are you.’ 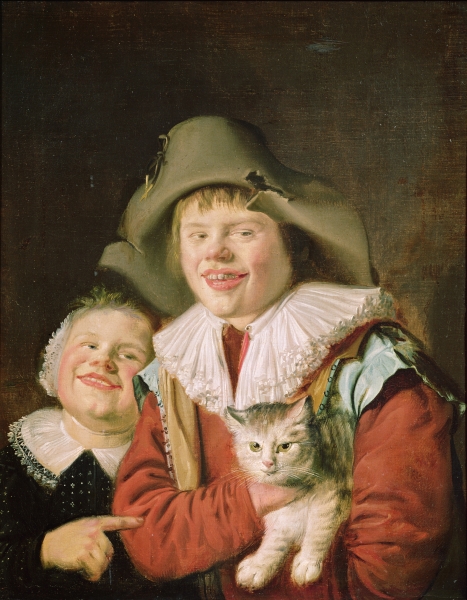 ‘I can calculate the motion of heavenly bodies, but not the madness of people.’ 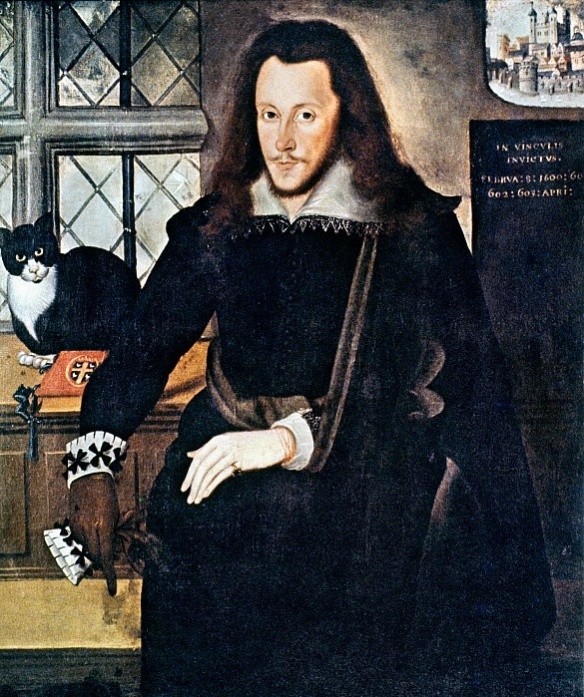 ‘I find my familiarity with thee has bred contempt.’ 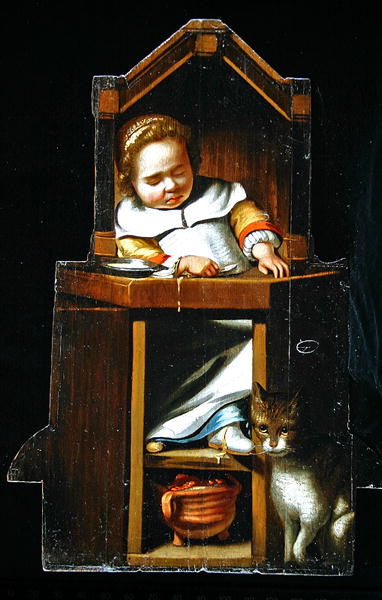 ‘You have sat too long here for any good you have been doing. Depart, I say, and let us have done with you. In the name of God, go!’

‘There is in human nature generally more of the fool than of the wise.’

‘What goes up, must come down’. 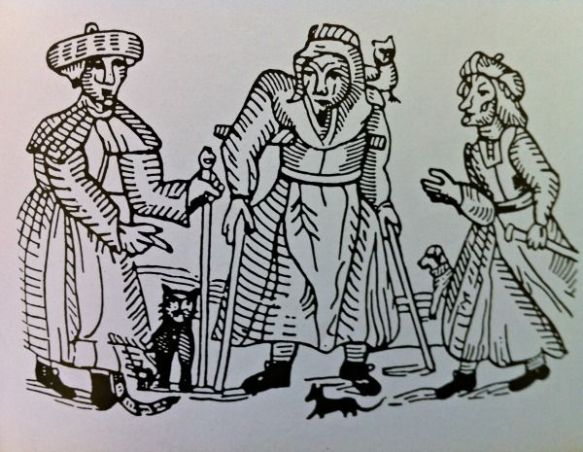 ‘Don’t I have a reason to be angry, you disobedient hags?’

‘All human evil comes from a single cause, man’s inability to sit still in a room.’ 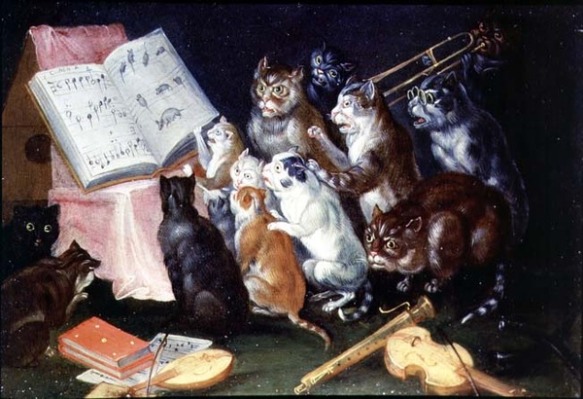 ‘Silence is the virtue of a fool!’ 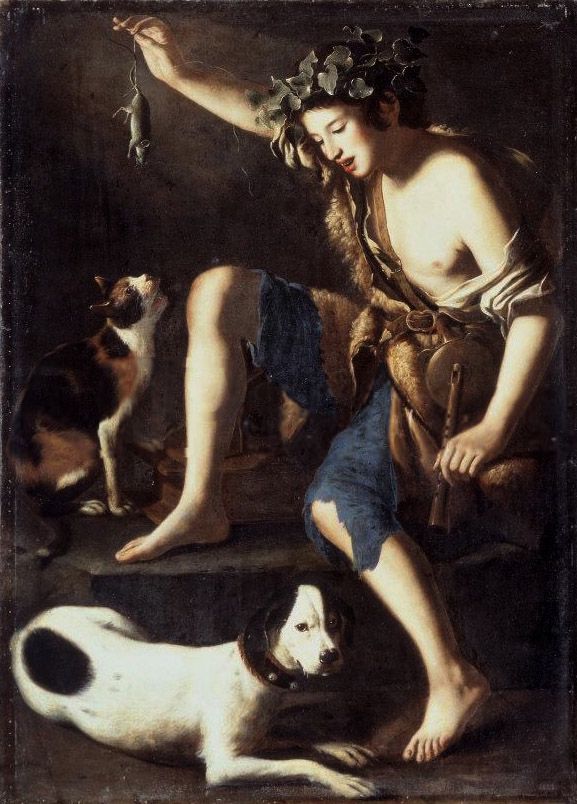 ‘They say everything in the world is good for something.’ 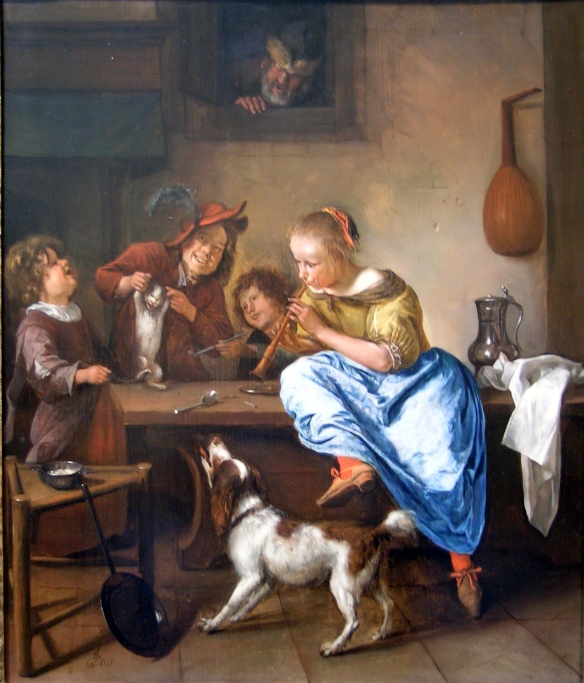 ‘Be frustrate all ye…